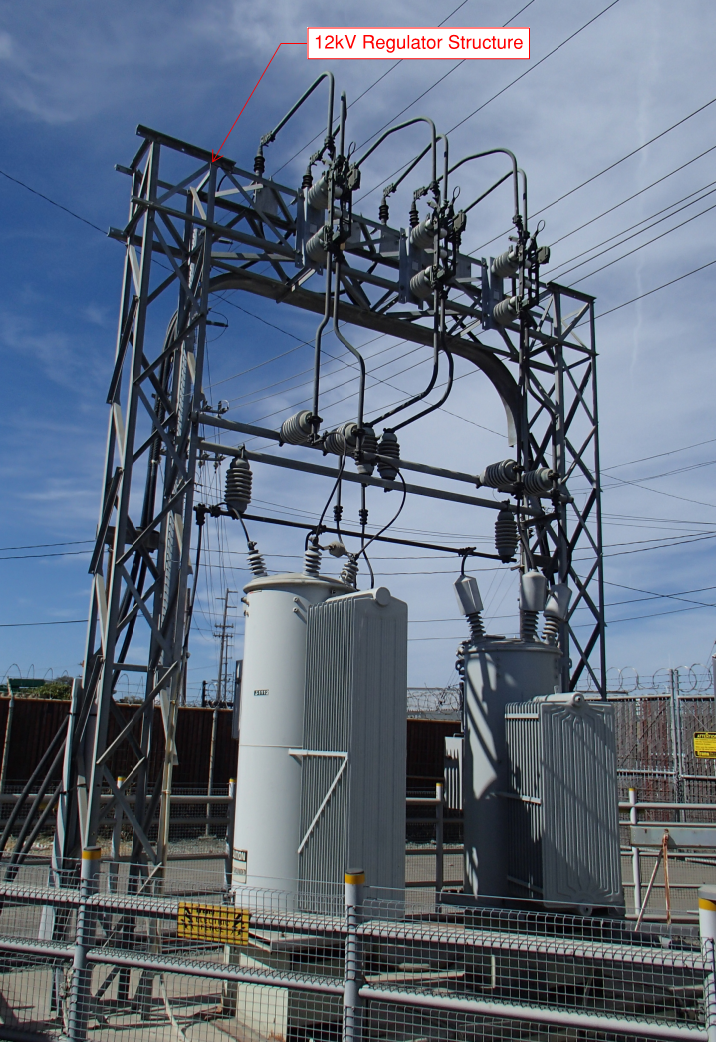 When the time comes to upgrade substation infrastructure, it is important to determine if the existing foundations are capable of supporting the new equipment and structures. For this 12kV Voltage Regulator support structure, WEGAI worked with the manufacturer and local utility to evaluate the structural stability and strength of the existing foundation for the new Voltage Regulator structure. The project is located in Oakland, CA and the foundation analysis included the weight of the supported disconnect switches, cables, and terminations, as well as loads from site specific wind and seismic forces.

The voltage regulator support structures originally consisted of an 8-bay configuration and 5 additional bays were added to the lineup at later dates. Additionally, a single bay support was added adjacent to the 13-bay lineup. The original 8 bays and 4 of the added bays are supported on combined square pier and mat slab foundations. The 13th bay and single bay foundations use isolated round pier foundations. 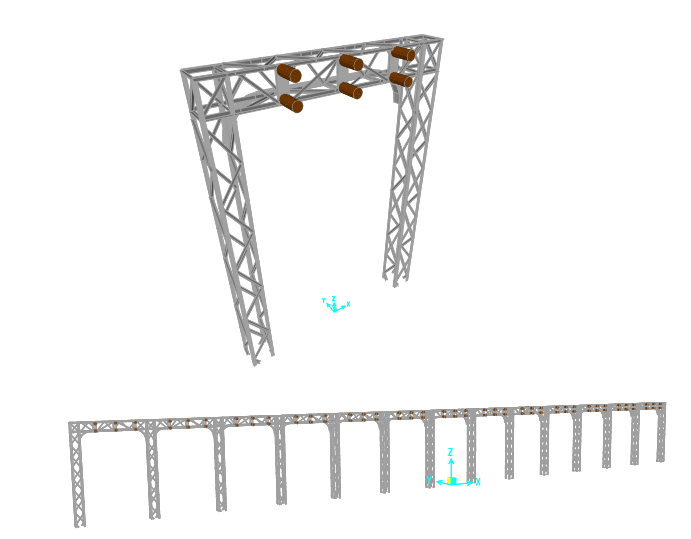 Loading to both foundation designs was determined from Finite Element models of the 13-bay and single bay structures. Seismic and wind loading was applied in the model, and the foundations were evaluated for the worst-case combination of loads as determined from the reactions at the bottom of the support structure columns. 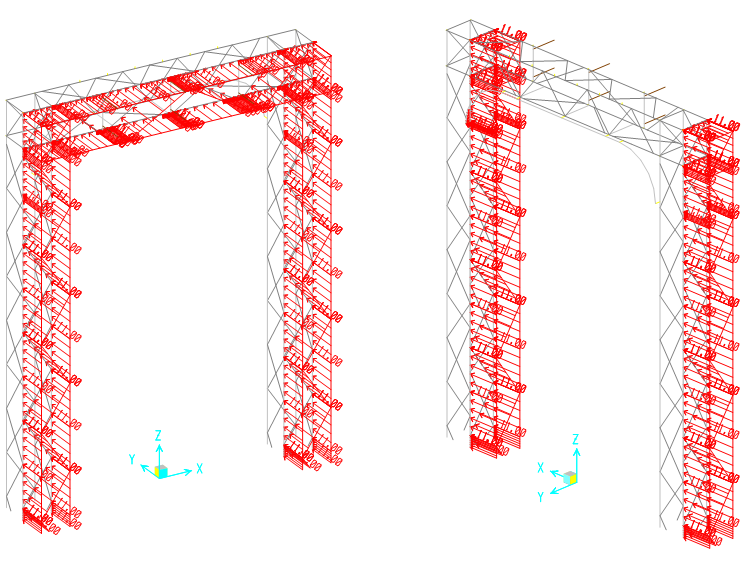 Both foundation systems were evaluated for stability (overturning, sliding, and soil bearing) and concrete strength. The results of the analysis showed the existing foundations were suitable for the new voltage regulator support structures. 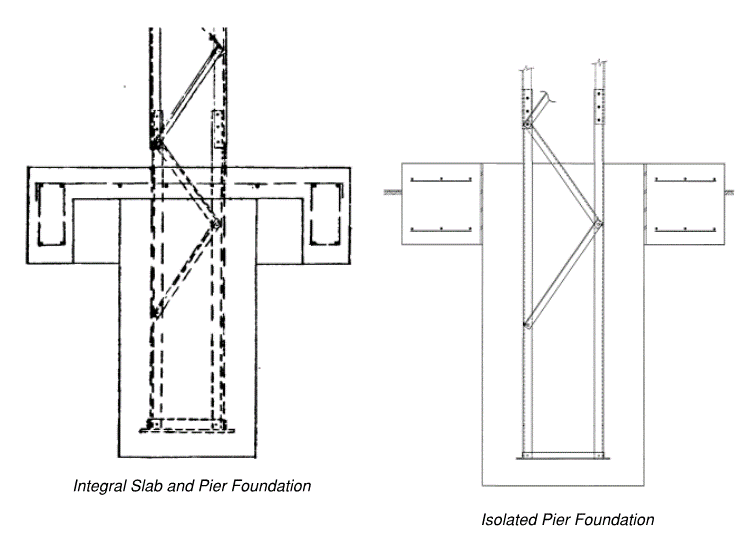