Often regional utilities have unique seismic requirements that reflect both the local geology and the cultural history. WEGAI has worked with equipment installed in all 6 populated continents.

In Quebec, with mostly bedrock scraped clean by glaciers during the last ice age, equipment installed in the higher seismic zones surrounding Montreal must be designed to withstand high frequency seismic events. When a utility in Montreal (Hydro Quebec) wanted to buy a 362kV gas insulated circuit breaker model from Mitsubishi Power Products (MEPPI), WEGAI was contracted to help with the shake-table testing of this large and complex piece of equipment.

Hydro Quebec has its own time histories for shake table testing to go along with its unique seismic code that was to be used for qualification of the equipment. The selection of time histories from those available was critical. For high seismic tests the equipment was required to withstand both moderate and high level time history inputs. The combined time histories needed to envelope the required response spectra. 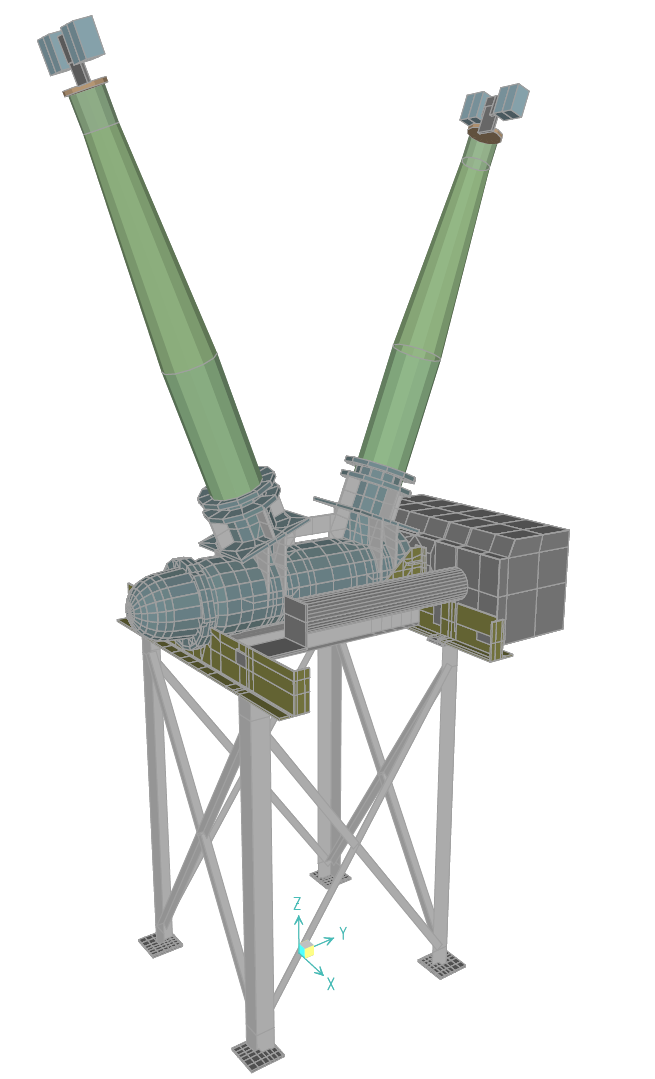 Once time histories were selected for input direction, a detailed pre-test analysis was used to predict potential failure points in the assembly. For this, finite element modeling was completed for one of the three breaker phases.

The analysis informed both test preparation (including minor modifications to the support structure) and lab set-up protocols.

Once a finalized test plan was agreed upon, the test was initiated at the University of Buffalo Structural Engineering and Earthquake Simulation Lab (SEESL), where it was overseen by representatives from MEPPI, WEGAI, and Hydro Quebec.

“The large energy input at high frequencies is evident from the vibration to the facility – seen in the video toward the middle and end of the test.”