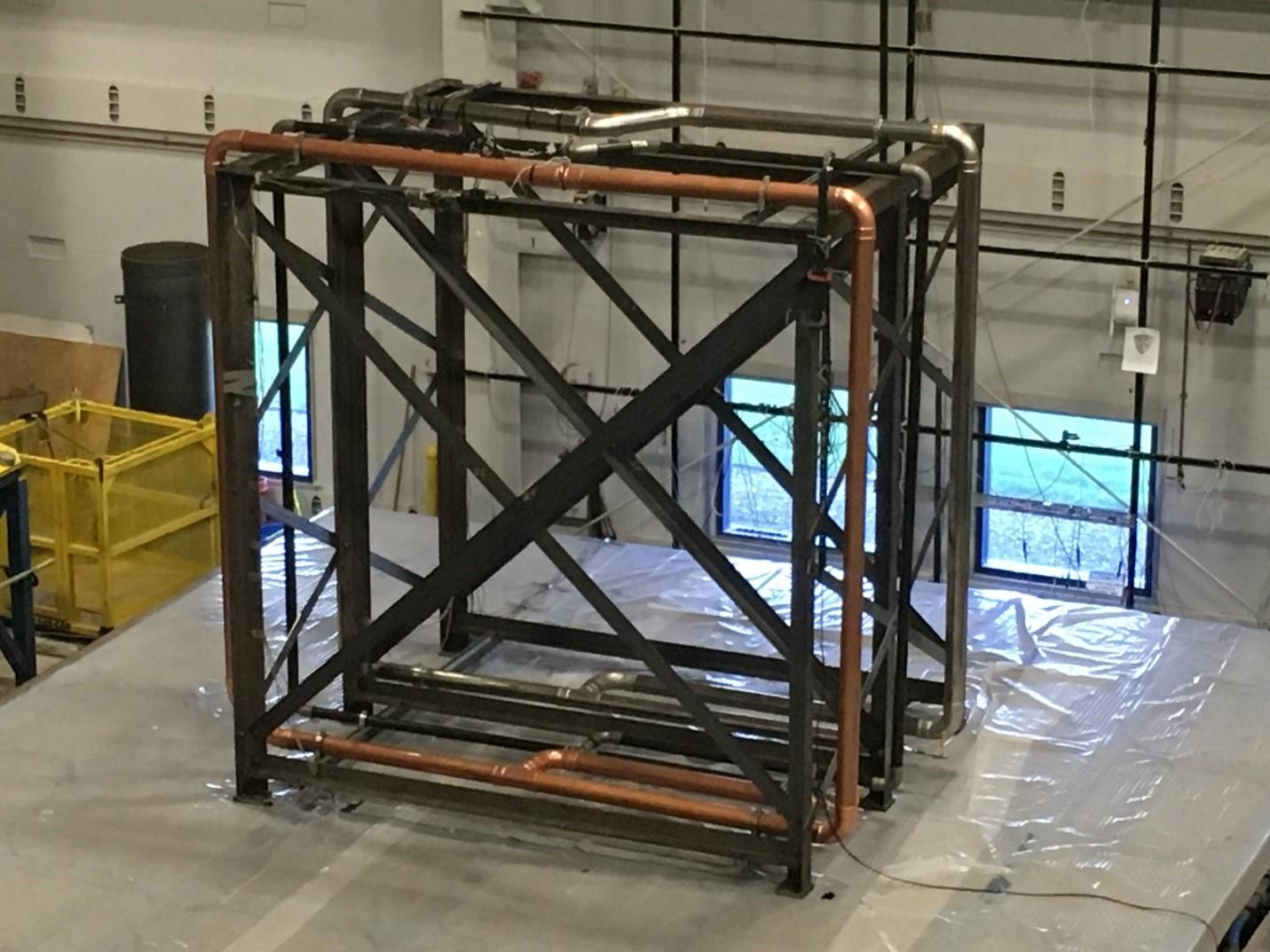 Viega Press Pipe Fitting are the cutting edge of pipe fitting technology. Press fittings reduce the installation time of pipe fittings by up to 75% by removing the need to weld or solder connections, all while providing a structurally sound, gas and air tight connection. In place of the welding and soldering the fittings are secured in place by pressing a special joint into place with their clamping device.

To show the structural integrity of the press fittings, WEGAI performed a seismic shake table test on a representative piping network that was designed to include all the fittings in their product line and bracing per construction industry standards.

As part of WEGAI’s standard pretest procedure a pretest analysis was conducted on the system utilizing a SAP2000 finite element model. From the FEA model we were able to designing a rigid test fixture and determine that the fixture would not contribute amplification the seismic loads. The FEA model was also utilized to predict the loads and displacements that piping system would experience during testing. 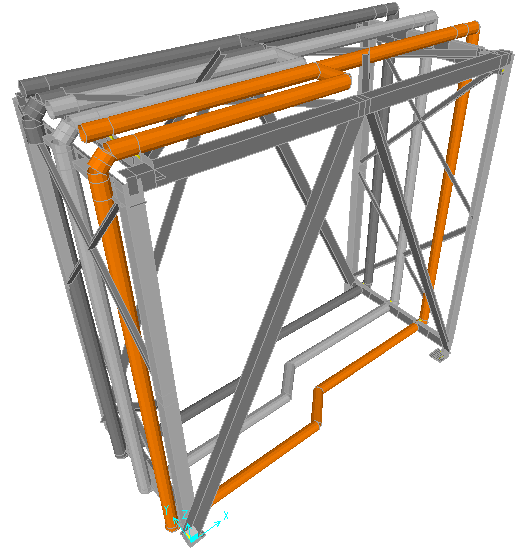 The seismic test was conducted at the University at Buffalo Structural Engineering & Earthquake Simulation Laboratory (SEESL) according the ICC ES AC156 for the highest mapped MCE spectral response acceleration with an Ip=1.5. Two representative piping networks were constructed, large (4”) and small (3/4”) diameter pipes, with representation of every fitting within the product line. Prior to seismic simulation the network was filled with water and pressurized to 200psi. The press fitting performed amazing as no leaks or damage were found.

Working with Viega to seismically test their press fitting product line is great example of the experience WEGAI has in the seismic testing industry and the wide range of products we are capable of testing.